I’ve never been a “follower” type, but it has to be said that as The Unlimited Dream Company progressed, the late Terence McKenna’s ideas had a huge influence on me. There was no “conversion”—his vision merely gave me an overwhelmingly rich and exciting frame for the conclusions I’d come to myself. Namely, that our culture is imminently reaching some form of breaking point, pregnant with potential and danger, and that human history really has to be more interesting than the dry narratives I’d grown quickly tired of at school.

The other key influence on Towards 2012 was the also late Simon Dwyer’s magnificent journal, Rapid Eye. I remember getting the second volume near the end of my degree and quietly but excitedly thinking, “I could do this.”

Being immersed in a very DIY, anti-commercial scene, I was also curious about the fact that Desktop Publishing technology had evolved to the point where the aesthetic of no-cost zines was actually much more of a choice than something imposed through the available means of production. Curious as to how much the lo-fi aesthetic of The Unlimited Dream Company was actually an unconscious aping of a tradition that was no longer necessary, I decided to make Towards 2012 look as professional as possible—but to still do it all myself, with no budget, just ideas and passion.

All quite romantic. But the crucial thing to see is, however the motives are viewed, it worked. For the whole period of producing it, I was a penniless and unemployed, but the logistics fell into place for me to create relatively well-produced, now pretty well-respected publication with noted contributors and—aside from a couple of adverts in exchange for contributions—no advertising or payments. As Francis Ford Coppola says in Hearts of Darkness, sometimes you just have to go forward as if something is going to happen, and it will take place in your wake. Creation, publishing, as magick. To be honest I’m amazed that the whole project actually happened as it did. It was one of my most intense experiences of “pronoia”, the suspicion that the universe is out to help you.

The universe does come in the guise of people with names, though, so credit where credit’s due:

Conceived as a five-part project, it straddled the line between serial publication and book. Each part covered a specific theme I was interested in in relation to my general millennial conceptions. Before the end of the series, for various reasons, I was much less enthusiastic about the specifically apocalyptic themes, so the fifth part was published in a double volume with the fourth.

Here’s details of all the parts. Please note that all are totally out of print, but they’re in the British library system somewhere, so if you’re really keen, you can grab the ISSN or ISBN and order a copy for a bit. Libraries are good like that. Where items aren’t published elsewhere on the web, I’ve tried to archive them here, given the author’s permission. 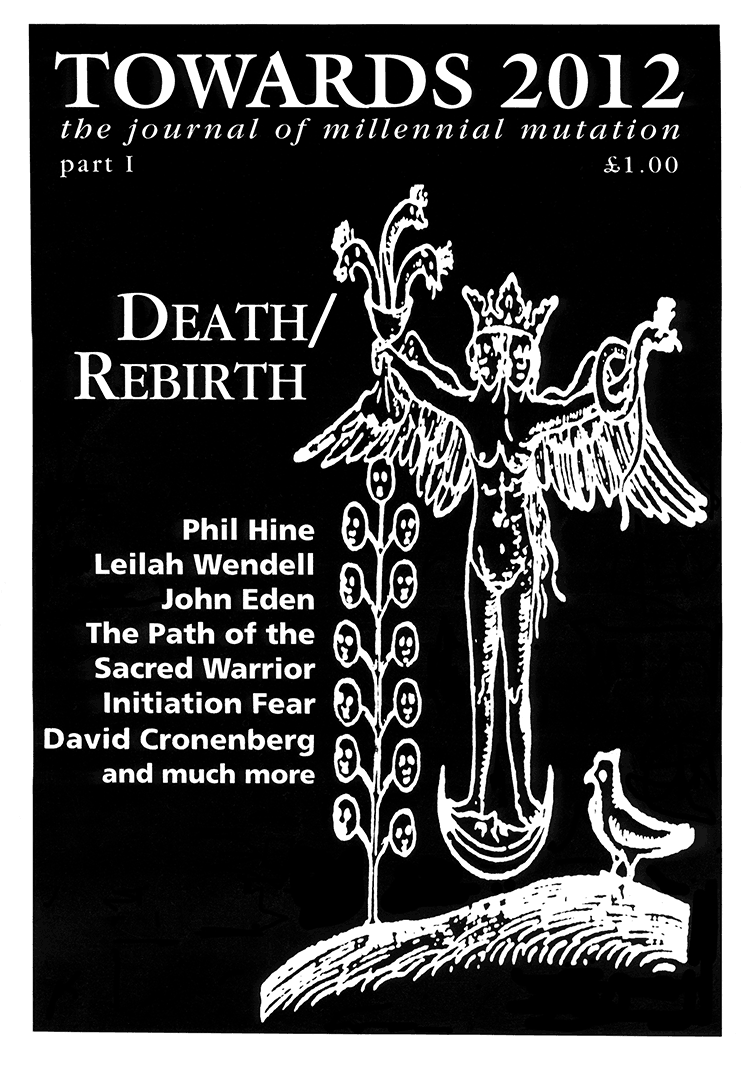 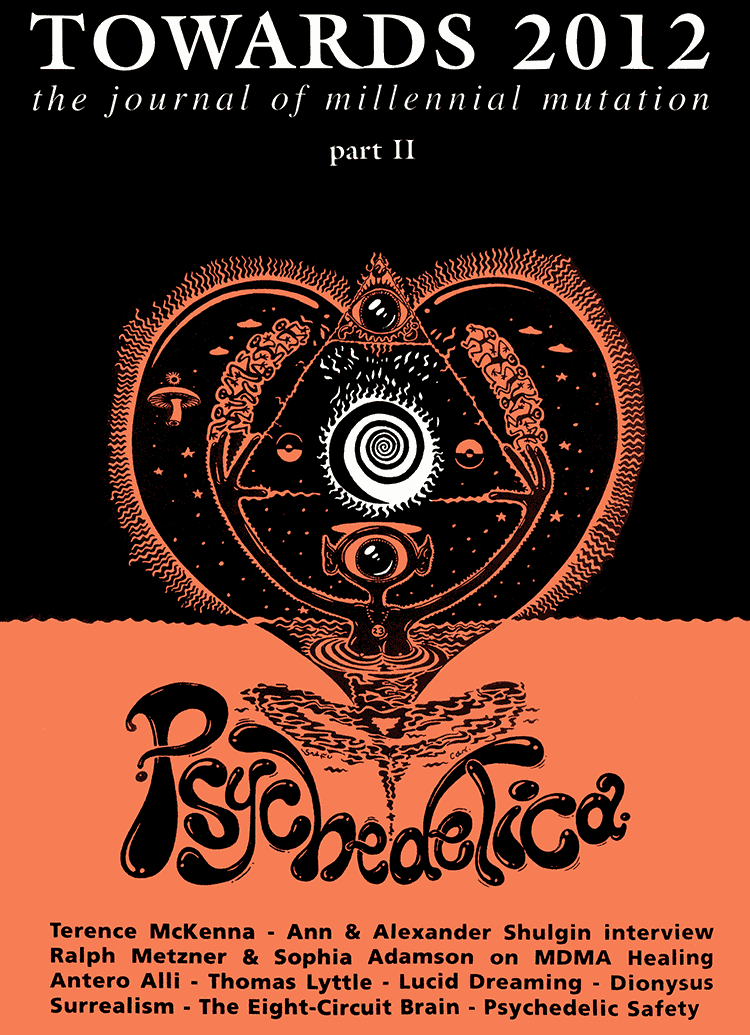 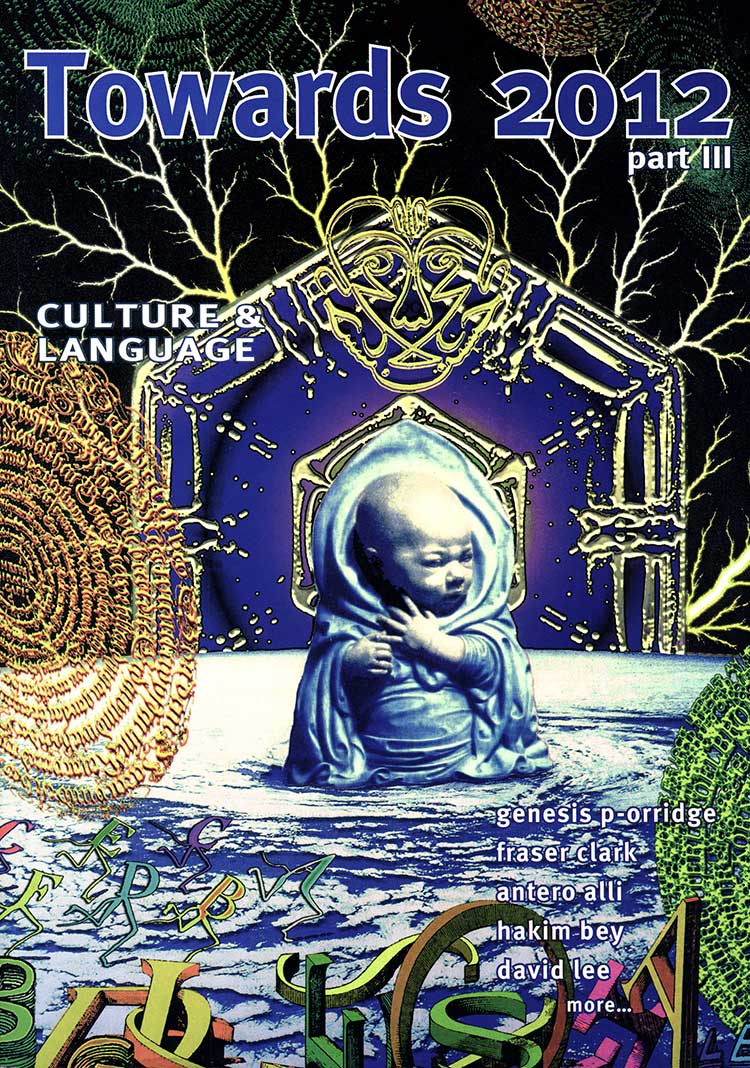 Neither Work Nor Leisure 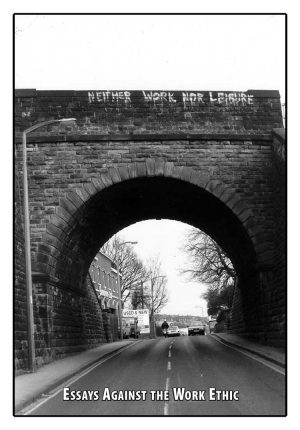 The title came from graffiti on a bridge in Burley, Leeds (click the cover above to see it in full). 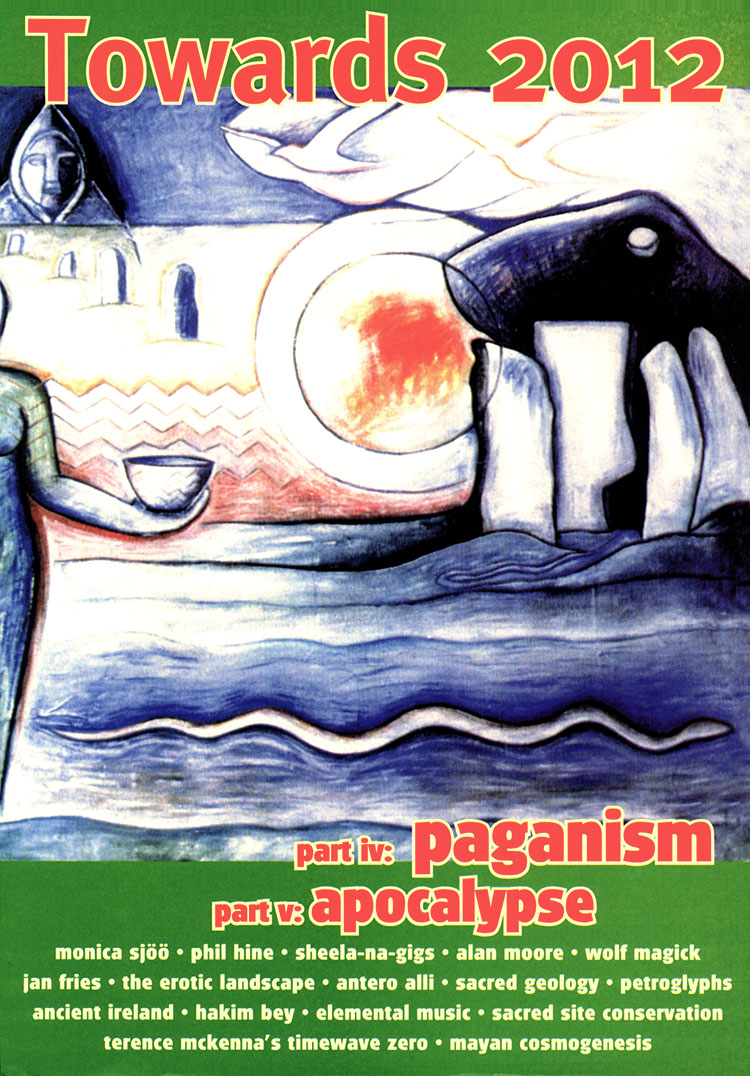