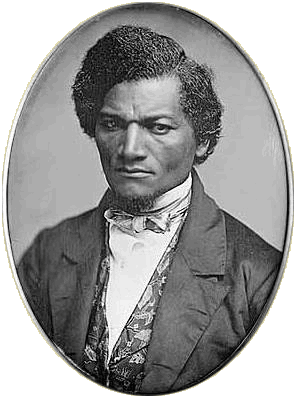 On the one hand, there stood slavery; a stern reality, glaring frightfully upon us, with the blood of millions in his polluted skirts — terrible to behold — greedily devouring our earnings and feeding himself upon our flesh. Here was the evil from which to escape. On the other hand, far away, back in the hazy distance, where all forms seemed but shadows, under the flickering light of the north star — behind some craggy hill or snow-covered mountain — stood a doubtful freedom, half-frozen, beckoning to us in her icy domain. This was, the good to be sought.

A couple of years ago I was in Bristol to see a gig at the Fleece. Waiting to meet a friend at the venue, I looked around for a pub. Mired in research for North as I was, it was a joy to find that the nearest place for a pint was the Seven Stars.

Apparently, this pub was a place where seminal abolitionist Thomas Clarkson amassed some of his research, contributing to campaigning which led to the Slave Trade Act of 1807 — and the end of British slave trading. Bristol was of course a port where a great many of the ships driving the triangular Atlantic slave trade were fitted out. It’s estimated that the ships built in Bristol carried around half a million Africans to the New World.

So why is the pub called the Seven Stars? For a while (for reasons which will soon be clear) I assumed it was renamed in honour of Clarkson’s tremendous achievements. But no — the pub and its name predate Clarkson by a century or more. It just had a landlord who happened to be a key source of information for his research. Even stranger, the tradition which arose in the States, forging connections between great efforts there to set slaves free and the stars in the northern sky, arose long after Clarkson’s visit to the Bristol pub.1 As with many uncanny coincidences, these connections whisper of a tradition which spans multiple historical circumstances — a tradition which holds the north to be a direction leading, perhaps, away from bondage.

For the African-American slaves of the southern states before the Civil War, the north held a particularly powerful significance. The happenstance of the country’s geopolitics imbued this direction with all the fervent hopes and dreams, all the yearning for liberty, that smouldered in the hearts of millions of captive labourers. Most slaves were in the south; freedom, such as it was, was in the north.

By the mid-nineteenth century, an informal network of routes, safe houses, and people sympathetic to the cause of the slaves had built up, known as the Underground Railroad. Many thousands were aided by the Railroad to escape to freedom.

In the early twentieth century folklorists appeared to have uncovered a secret tradition of coded songs that wove through the history of this liberatory movement, the most celebrated of which is ‘Follow the Drinkin’ Gourd’. The Gourd in question is an image of the distinctive seven-starred circumpolar asterism which is commonly known in England as the Plough, and is the most easily recognized bit of the constellation Ursa Major, the Great Bear. These stars, which form the rear and tail of the Bear, are probably the most easily recognized pattern in the night sky.

Some sources indicate that the common American name for the asterism, the Big Dipper, was actually derived from the African name, the Drinking Gourd, brought over by slaves. Both terms indicate a form of ladle used for scooping up water.2

The folk song in question was deemed not only to have emphasised the utility of the Gourd as an easy way to orient oneself northward, but also to have encoded specific hints for slaves in the region of Mobile, Alabama. Some thought it delineated a kind of ‘songline’ across the landscape of winding rivers and rolling hills, leading to Paducah, Kentucky, and beyond to liberty.

More recently, however, even as the legend of ‘Follow the Drinkin’ Gourd’ has expanded and cemented itself in American historical consciousness, many scholars have highlighted the complex, uncertain provenance of the song — and the extreme unlikelihood that a cellular, opportunistic network like the Underground Railroad would have invested much time in establishing specific escape routes. And this is not to mention the fact that most slaves in the Deep South actually headed further south to escape, to Mexico or the Caribbean.

If the song was sung by slaves, its function was perhaps more generally inspirational than specifically practical. Other spirituals connected to the Underground Railroad expressed hopes and desires for freedom in terms of heavenly ascent. ‘Swing Low, Sweet Chariot’ references the fiery chariot that carries the prophet Elijah to heaven via a whirlwind.4 And ‘Now Let Me Fly’ is inspired by Ezekiel’s surreal visions, in which cosmic wheels also hinted at the chariot as a vehicle of celestial ascent. 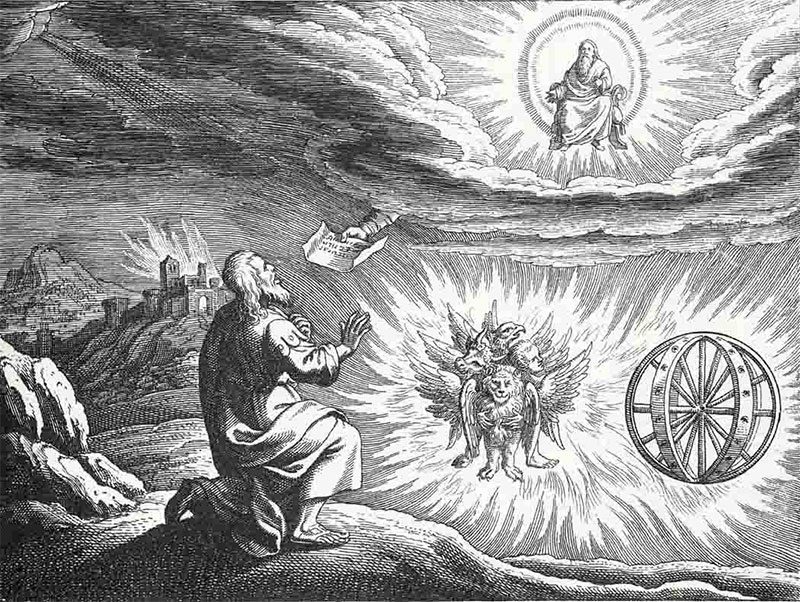 Ezekiel’s vision is clear which part of the sky is important for this divine contact:

This inspiration was made all the more poignant for Afro-American slaves, given that Ezekiel’s vision was a pivotal episode during the Jews’ captivity in Babylon.6 While hard evidence is lacking, it’s not idle to speculate that these Biblical vehicles from above may refer to the Plough. After all, the asterism was commonly referred to as a chariot in Mesopotamia before and during Biblical times.7 Early Mesopotamians knew these stars as MAR.GID.DA, ‘the Great Wagon’; a Babylonian term for the asterism was amaxa, ‘chariot’.8 ‘Follow the Drinking’ Gourd’ references the Plough directly without overt Biblical trappings. But it nevertheless fuses the geopolitical importance of the north with a hunger for spiritual elevation.

Whatever the upshot of the scholarly debate around the origins and significance of ‘Follow the Drinkin’ Gourd’, it’s clear that the north represented something very powerful for the American slaves. Even (or especially) if many or most of them went in the opposite direction to find freedom, the symbolic importance of the slavery-free northern states was magnified by something to do with the north itself, with the manifest symbols of orientation to the heavens furnished by the structure of the planet and the appearance of the cosmos. The famed escaped slave and abolitionist leader, Frederick Douglass, titled one of his anti-slavery newspapers The North Star. Douglass said he knew ‘something of theology, but nothing of geography’, and it seems likely that some spiritual sense of the world played as much a part in his use of this stellar symbol as did its navigational utility. As the image of the polar axis binds heaven and Earth, its significance may blend divine yearning and earthly pragmatism.

As Ezekiel and many other visionary sources attest, the beacon-like stature of the north in the nineteenth-century United States, standing as an emblem of freedom and escape, was not a unique or aberrant circumstance. However, as a final, grim note, we should remember that a strong ambivalence stalks this point on the compass. Even as it bridges the gulf between heaven and Earth, it also discloses a fusion between blessings and curses.

Douglass characterised the freedom of the northern states as a ‘doubtful’, ‘half-frozen’ woman, ‘beckoning to us in her icy domain.’ This sense of equivocation certainly connects with the still-tentative status of blacks, especially escaped slaves, north of the Mason-Dixon line when Douglass was writing. But it also connects with uncertain, shadowy resonances which emanate from the north just as surely as its invitation to celestial release does. North is where, for most people in the northern hemisphere, the sun never shines. It is also, conversely, where we find the heavenly bodies that never set, the circumpolar stars. Darkness, and endurance.

Lurking here is that supremely doubtful escape: death, shrouded in yearning for immortality. In the cold darkness of life’s absence, and the lofty, crystalline eternity of the afterlife, the north gestures to the inevitability of death: its threat of annihilation, and its slender promise of release from mortal corruption.