It’s been interesting recently noting how some key ideas found in James Hillman’s work seem to be cropping up in cutting-edge anthropology. 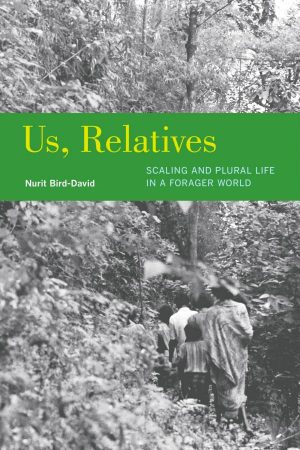 Reading Nurit Bird-David’s new book Us, Relatives, I was struck by her word ‘pluripresence’, coined to express the sense in which people in tiny-scale forager communities are all present to each other all the time. Everyone has a relationship to everyone else. And, beyond the fact that there is a psychological interweaving here, like a social Indra’s net, Bird-David documents specific ways of relating to multiple presences. There are conversations (‘pluralogues’) that span multiple hearths, where particular utterances aren’t necessarily addressed directly to specific individuals, nor to the abstracted singular ‘collective’.

This sense of heavily connected plurality where connections never congeal into a mass ‘unity’ made me think of Hillman’s repeated emphasis — in the context of Greek mythology, and his use of the Greek pantheon as a model for the psyche — on the fact that gods never appear alone.1 Every tale of a god involves other gods. Likewise, each of the multifarious components of the psyche relate to other components.

Part of Hillman’s emphasis on Greek polytheism is to undermine the effects of monotheism on our psychology. For him, the ego is represented in Greek myth by Hercules, the hero who takes everything literally. This aspect of ourselves has unavoidably been inflated by the reduction of divinity to singularity, and the progression to monotheist literalism. Hillman’s polytheist psychology aims to restore plurality to the psyche. And — just as Bird-David insists that forager society is never reified into an abstract unity (‘tribe’ or ‘nation’) — Hillman insists that the interconnectedness of this psychic plurality shouldn’t congeal into another brittle singularity.

To a certain extent, I see in Hillman’s vision an internalised preservation of our ‘state of nature’: the archaic template for social relations persisted through pagan myth, and excavated by modern depth psychology.

(Of course, shades of pluripresence colour everyday social relations, to this day. The point here is that our most active images of being have favoured the unity of the individual, or the unity of the group, collapsing true plurality.) 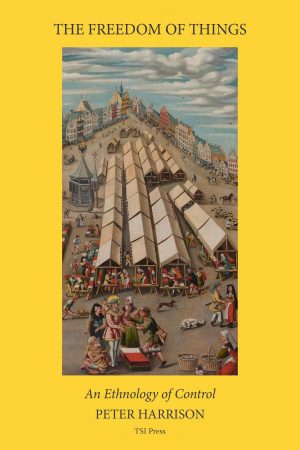 Reading Peter Harrison’s The Freedom of Things is — among other things — a highly educative trip through anthropological theory. His references heavily underlined the work of two contemporary anthropologists: Eduardo Kohn (author of How Forests Think) and Eduardo Viveiros de Castro (Cosmological Perspectivism in Amazonia and Elsewhere and Cannibal Metaphysics).

Viveiros de Castro’s ‘perspectivism’ toys with the idea that whereas civilised categories see nature (‘body’) as a unity which is viewed differently by different cultures (‘spirit’ or ‘mind’), indigenous Amerindians conceive of spirit as a unity which is experienced from a plurality of corporeal perspectives.2 Each species, through its bodily being in the world, has a particular perspective — from which it thinks of itself as ‘human’. Here, indigenous views of animals as being humans-clothed-as-animals seem to become a way of conceiving how each species’ perspective is its own world, with itself at the centre, just as we think of ‘humans’ as the ontological centre of the world (our world). As Harrison puts it: ‘A dog does not look at the world thinking that it is seeing the world as a dog.’3

Harrison joins this with Kohn’s account of ‘soul-blindness’ among the Runa of the Ecuadorian Amazon. This is seen as ‘the final terminus of selfhood’, a world in which interiority has been hollowed out and there are ‘just effects’.4 It’s often related to the dead, who are seen as being dangerously disconnected and aimless. Harrison relates this to the Marxist concept of alienation: ‘To be made soul-blind by capitalism, a process, basically, of institutionalization, is to be capable only of seeing one’s world, oneself, and all thinking entities as empty things that occupy positions within the geometry of economic value.’5 ‘So,’ he continues, ‘to have a perspective is to be human or to have a soul’.6

Again I found myself relating this fringe political anthropology back to James Hillman, whose championing of the fusty concept of ‘soul’ now seems more radical than ever. Hillman refused to abandon soul to the obsolete religious world, and part of his way of hanging on to it was to let go of Christianity’s tendency to see the soul as a personal possession, a thing:

By soul I mean, first of all, a perspective rather than a substance. a viewpoint towards things rather than a thing itself. This perspective is reflective; it mediates events and makes differences between ourselves and everything that happens. Between us and events, between the doer and the deed, there is a reflective moment — and soul-making means differentiating this middle ground.7

Hillman’s conception of soul, the Kohn/Runa conception of soul-blindness, and Viveiros de Castro’s conception of perspective, are each in themselves fantastically subtle and complex, and no doubt my quick associations here are bypassing many difficulties that arise as they are brought into relation. (Especially since Hillman’s ideas are the only ones here I’m genuinely familiar with.) However, while I’m indicating paths for thoughts and research rather than tabling conclusions, I think there’s a lot here.

Hillman made it a rigour of his thought to stick doggedly to Western traditions, to ground his ideas in what he saw as our culture’s most profound roots: ancient Greece. However, it seems that ancient Greek culture retained enough of a connection to our deeper and wider being as humans for Hillman to reclaim from it some perspectives that reach much further afield.