I thought it’d be an idea to round up the highlights of the music I’ve either discovered or rediscovered in attempts to soundtrack recent psychedelic explorations.1

It goes without saying, YouTube clips are included here for easy reference, but please support the artists — especially independent ones — by buying where possible (follow the links here).

Blade Runner was a hugely formative film for me, as for many. I watched it countless times as a teenager. The soundtrack — specifically the 2007 Blade Runner Trilogy — became deeply influential as I kicked off my recent stretch of exploration with a friend in 2017. Snippets of ambient noise and dialogue from the film help to vividly conjure near-future noir. My friend had a particularly important early vision to the gorgeous ‘Rachel’s Song’ (not used in the film).

Swedish ambient duo Carbon Based Lifeforms were new to me, and they’ve done some spectacular music. Most prominent for us was the album Derelicts — deep evocations of a strange, battered, transcendent future populated by alien artificial intelligences and uncanny but friendly critters beneath magically claustrophobic dark forests.

Global Communication’s 76:14 (the length of the album) is one of a large handful of classic ’90s ambient pieces which passed by my enthusiasm for immersive soundtracks back then. It was a delight to discover about 6 years ago, and it became a firm favourite recently. Many of the subtly building repetitions here act as potent catalysts for revelations which gain momentum as imaginal cogs begin interlocking, unlocking new powers.

I missed Future Sound of London’s breakthrough Lifeforms (I may still get round to it), but I was a big fan of their brilliant Dead Cities when it came out. I caught and liked some of their Amorphous Androgynous work over the following years, but lost track of them quickly, dimly aware that they were doing loads of psych compilations and ambient work. It turns out that said ambient work contains some real gems. I’ve not explored it all (there’s a lot), but standouts so far are the Environments II and Environments 3 albums.

But the standout has to be the splendidly weird A Gigantic Globular Burst of Anti-Static, which I regard as something of a masterpiece. 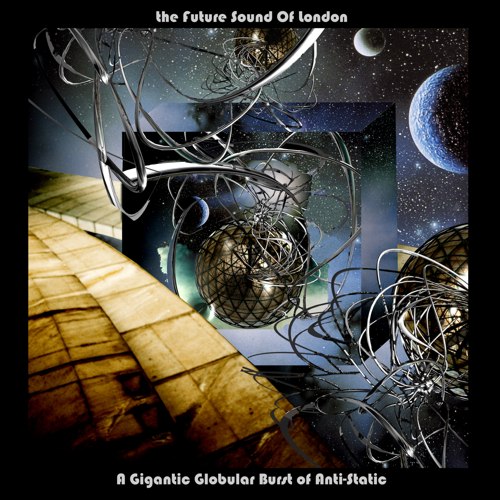 It’s basically a half-hour track which was commissioned by Kinetica Museum in 2006 as part of a 5.1 surround sound installation, which must have been a marvel to experience. The released album isn’t on YouTube or anywhere else I’ve seen — so just buy it.

There is a mini documentary about the making of it:

After watching this — and immersing myself in the bizarre, beautiful, reality-warping architecture of the track — I searched for more information. There’s very little, though I found an interesting blog post which spoke of a peculiar efficacy in some of the music’s chord progressions for ‘causing spiritual experiences’. This certainly resonated with my sense of this piece’s haunting power.

Then I rewatched the above mini-doc, and did a double-take at the name of the 5.1 ‘guru’ who worked with the band on it — Rodney Orpheus. Hang on, wasn’t he a mate of magician Phil Hine from Hine’s days in Leeds? Yeah, it seems they founded occult newspaper Pagan News together there in the ’80s. Orpheus is deeply involved in occult practice, besides his technological adventures. My experiences with Globular, together with that blog post about ‘certain chord progressions’, and knowing that an experienced occultist was in there engineering the whole thing — all this has combined to lend this work an awesome magical aura.

Trawling Bandcamp for new discoveries, one prominent find was Stellardrone, the music moniker of Lithuanian Edgaras Žakevičius (an interview here). His music generally soundtracks travel through deep space, soaring and spacing out magnificently. It seems to have just the right combination of power and minimalism to support inner voyages without interfering too much. And all his music is released for free, so there’s no excuse: dive in and maybe donate a bit to this talented and generous guy.

I saw Jim Thirwell’s current band Xordox supporting The The in Dublin last summer, and loved their white-suited cosmic electronica, infused with typical Thirlwell bombast. Their album Neospection is great for really breaking through to deep space.

One track in particular from Irresistible Force — a favourite since ’91 for me — deserves highlighting here, ‘Flying High’. There’s something about the dynamics, the squiggles, the drive and glide in this track which key me straight into an ever-expanding, darkly ecstatic space.

I discovered Susumu Yokota through the Listen To This blog (a rich mine of music well worth exploring). Sakura is my favourite: a gorgeous, deliciously pitched ambient meander through exotic states of being.

Breaking into a more organic territory is something else Listen To This introduced me to: Terry Riley’s 1975 performance in Köln featuring jazz trumpeter Don Cherry. This concert happened just weeks after Keith Jarrett’s spectacular Köln Concert, at the same venue. Don Cherry had recently helped Alejandro Jodorowsky soundtrack Holy Mountain. There was certainly something in the air here, and this recording captures the divine ambience beautifully.

A few from people who never really meshed fully with the spaces we’ve been exploring, but these particular tracks meshed with sometimes monumental enthusiasm: Spiritualized’s ‘Electric Mainline’ (1 & 2 both work), Death in Vegas’ ‘Flying’, and Tim Hecker’s ‘Borderlands’:

Loop Guru are another ’90s favourite. The one time I saw them play, at the Duchess of York in Leeds, was a blinding fusion of pounding tribal drums, exotic samples, and Hendrix guitar squeals. They always excelled at ambience, too, and their pinnacle is probably the soaring, delicately insistent tropical spirituality conjured by ‘The Third Chamber’.

As things start to wind down, the sweetly claustrophobic wonders of Múm’s Finally We Are No One are a mainstay. I prefer the Icelandic version of the album, Loksins erum við engin, for inner exploration — not understanding the lyrics helps you find your own way through it, and the sound of the language fits very well with the alternately soft and glitchy tone of the music. The final track, ‘The Land Between Solar Systems’ (‘Sveitin milli sólkerfa’), is like a trip which drifts past the Clangers‘ planet, out into their galaxy.

When the brilliantly creative Swiss industrial band The Young Gods started experimenting with ayahuasca, some fascinating ambient work emerged. One piece is a systematic unravelling and reduction of their Only Heaven album, called Heaven Deconstruction:

Then there’s the equally spacious and experimental Music for Artificial Clouds:

Just recently, following an urge to see if anyone had extended the ambient spaces of Blade Runner‘s neo-noir city soundscapes, I happened across 2814’s album Birth of a New Day. Arising from the vaporwave micro-genre (and quickly turned on, of course, by purists), it’s a throbbing, melancholy drift through a rainy imaginal Tokyo night, full of haunting synth phrasing and fluid atmospherics. It didn’t quite take me back to the strange neon city I’d glimpsed at the end of other nights, and hoped this would act as a key back to — but it’s still worth exploring in those winding-down spaces when you’ve spent your major reserves of psychic rocket fuel.

To finish, I’ll leave you with Brian Eno and Harold Budd’s masterful The Pearl. Elegant, mysterious, and darkly soothing, it excels at suspending you in a space where every note is executed with delectable precision, everything happening in its own moment with infinite, effortless rightness.