North spins a strange, complex tale based on a simple division of human history into three eras. A manageable sketch of dominant cosmological models, intended to serve as a useful starting point for navigating deeper ramifications.

This non-fiction narrative spirals through chronology, each chapter tracing key themes across the divide between our vast hunter-gatherer era and the rise of the polar cosmos, and the divide between the polar era and modernity. Early chapters lay down some dense groundwork, which later chapters simultaneously build upon and deconstruct.

The tale is framed by a prologue, in which the author discusses the experiences and early research which led to the ideas in North, and an epilogue in which personal memories and traumas which seem to have fuelled and guided the book’s research are excavated, examined, then released…

For a more general summary of, see The Hidden History of Cosmos & Community. 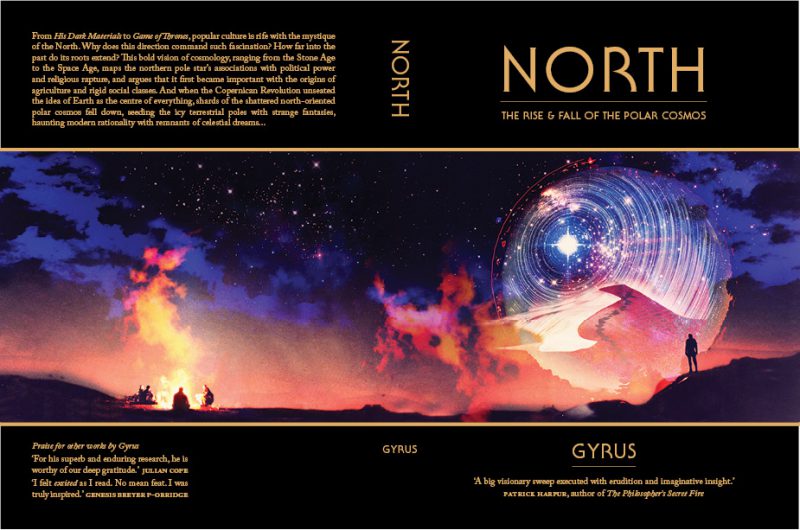