Warning: count(): Parameter must be an array or an object that implements Countable in /home/customer/www/dreamflesh.com/public_html/wp-content/themes/dreamflesh/inc/lib.php on line 916

Warning: count(): Parameter must be an array or an object that implements Countable in /home/customer/www/dreamflesh.com/public_html/wp-content/themes/dreamflesh/inc/lib.php on line 916
Skip to main content

An event review by Gyrus

I was foolish enough to not carve out time for the whole of this, the 4th International Conference on Psychedelic Consciousness. Lesson learned. As soon as I properly entered the flow, I was inevitably swept away, loving the swirl of inspired insights and scientific updates, finding the balance between sweatbox lecture theatres and basking on the grass outside, intoxicated by the torrent of encounters with old and new faces. As with psychedelics, once you’ve taken the plunge this conference demands your full engagement.

So first a few mentions for bits from the first day that I regret missing. Dreamflesh contributor Jennifer Dumpert presented an update on her ongoing Oneironauticum project, which brings people from around the world together for simultaneous immersion in dreams enhanced by a variety of herbs, practices and technologies. Explorer and documentarian Bruce Parry’s talk was titled ‘Egalitarianism and the Age Before the Shaman’, which sounded very promising. Foregrounding the ways in which we have wrongly projected ancient (but relatively recent) social and religious patterns into the deep past is a primary ongoing concern of mine, and it’s good to see a prominent voice ploughing the same furrow. And there was another crossover with my own obsessions in William Rowlandson’s exploration of ‘the imaginal’, via Henry Corbin and James Hillman, and its relationship to psychedelic experience. I vowed this year to aim to do a talk at the next Breaking Convention, and relating Hillman’s perspectives to psychedelia is a probable direction for that. In any case, I’ll be watching out on the conference Vimeo and YouTube channels for these and the myriad other presentations I missed.

Things peaked for me on Saturday, starting with Erik Davis‘ exploration of ‘the weird’ and its relationship to psychedelic culture. Erik recently completed his PhD in religious studies, and his thesis — titled ‘High Weirdness’, currently being turned into a book — frames the early ’70s as a landmark period in the religious history of the United States, being the temporal setting for three ‘breakthrough’ experiences that are seminal for contemporary psychedelic culture: the Amazonian revelations of the brothers McKenna, Robert Anton Wilson’s tantric alien encounters, and the VALIS epiphany of Philip K. Dick. In his talk, rooting things in Anglo-Saxon, where wyrd connotes both ‘necessity’ and ‘deviation’, Erik carried this convergence all the way through to modern physics, where wayward paradox is found at the root of matter, belying all logical axioms. Along the way he showed how ‘weird’, mostly famously exemplified by H.P. Lovecraft, can come across as a kind of low-brow sibling of Freud’s famous ‘uncanny’. However, Erik argues that this latter category, because of its literary, cerebral milieu, lacks the profane streak central to weirdness. Paradoxically — following deep cues from traditions such as Zen and Tantra, not to mention phenomenological prioritising of concrete experience — this binding to messy materiality in some sense figures the weird not merely as an aberrant third term between ‘sacred’ and ‘profane’, but as something strangely ‘more sacred than sacred’. Sacred, that is, without the potentially alienating encumbrance of what Morris Berman called the ‘sacred authority complex’. My reading of hunter-gatherer anthropology is increasingly highlighting the way that some of our species’ baseline cultural patterns embody a curiously modern elision of the sacred-profane duality. Erik’s passionate embrace of the gleefully profane aspects of psychedelic culture is an important counter to the important but sometimes limiting spiritual deference to religious traditions which, while older than Christianity, often owe as much to its piousness as they do to the comparatively irreverent pre-agricultural world, where tricksters and pragmatic spiritual pluralism reign. Someone asked Erik about the relationship between his ‘weird’ and the ‘weird and eerie’ of Mark Fisher (who died earlier this year). Erik affirmed that Fisher was an important inspiration, and it was nice that there was a moment of tribute here to Fisher’s final work, and a sense that his enthusiasm for the challenging liminal spaces between popular culture and fertile strangeness persists beyond the limits of his life.

I spent most of Saturday afternoon in the Literature session, beginning with another conference peak, Samuel J. Ross‘ delve into psychedelic poetry and the nature of metaphor. 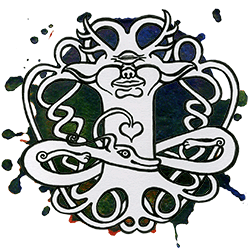 I met Sam last year at a retreat in Snowdonia, where everyone was privileged to see his spontaneous first performance of his tangled, recursively playful poetry, bemushroomed round a fire in a Celtic roundhouse. His talk here was infused with poetic riffs, walking the talk as he talked the walk, doing a fine job of leading us over the giddy high-wires traversing ineffable revelation and concrete expression. Analysing Allen Ginsberg’s ‘Wales Visitation’ and Michael McClure’s ‘Peyote Poem’, Sam showed how psychedelic experience takes us deeper into the nature of metaphor than most literature courses. Drawing on George Lakoff’s work on the embodied nature of metaphor, he noted how ‘metaphor’ itself is a metaphor, a compression of the image of ‘carrying something over’ (here, carrying meaning from the spatial world of bodies to the abstract world of concepts). And yet, both these poems end with a kind of cancellation of metaphor — ‘visible is visible’ in Ginsberg’s words. There was an echo here of the Zen parable about the mountain being at first just a mountain, then after some practice it being no longer a mountain, then after enlightenment it being just a mountain once again. The arc seems pointless, even absurd, to the rational mind, yet expanded consciousness persistently reveals to us the primal value of this trip through many-levelled meaning to simple presence, at once profound and hilarious. Answering a question about ‘dead metaphors’, Sam talked about revisiting the roots of these over-used images in order to recast and revive them. There was something in this for me about my occasional conference-weary sense that I’ve heard it all before — Breaking Convention persistently manages to inject new life into sometimes tired psychedelic tropes. As much as Erik Davis’ cheer-leading of the liminal, Sam’s sharing of his wonder at the inscrutable heart of the psychedelic experience reminded me why I was so happy to be swept away by this event.

Psychedelic Press founder Robert Dickins’ talk on poet Harry Fainlight followed on nicely, with Ginsberg haunting the drug-fuelled revelries that Fainlight inhabited during the ’60s. His most noted poem, ‘The Spider’, was inspired by a bad acid trip, and his life was riddled with mental health problems — his narcissism and amphetamine abuse cultivated a deep sense of paranoia. Rob explored all this with a sensitive warts-and-all thoroughness, reminding us that while the promise of psychedelic healing is vast, and the perils of psychedelic indulgence in the ego’s hall of mirrors are real, psychedelic culture’s cosmic inclusivity is nevertheless diminished if we don’t find time to celebrate its neglected, fractured figures.

Later on I caught George Erving exploring William Blake’s notion that ‘opposition is true friendship’. The obvious debt owed to Blake by The Doors and Huxley’s The Doors of Perception are the tip of an iceberg of debt that modern Western psychedelic consciousness owes to this English visionary (who got higher than many drug fiends purely through endogenous hits of divine grace). Erving analysed Blake’s sophisticated non-dualism which embraces opposites, by way of his rejection of Locke’s image of the mind as a blank slate on which matter inscribes itself. Given his finding heaven in a wild flower, Blake’s gnostic critique of ‘Nature’ can be hard to grasp, but Erving outlined it clearly, and underlined the enduring importance of Blake’s visionary sensuality for the field of consciousness exploration.

Finally I caught three friends / correspondents of jailed acid manufacturer William Pickard: Simon Tyszko, Gregory Sams, and Nese Devenot. They gave the background to Pickard’s arrest, played some clips of him addressing the conference from his cell, and introduced his written-with-pencil-and-paper epic The Rose of Paracelsus. 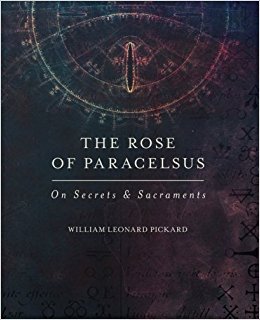 A fiction riddled with hard-to-separate fact, this tale follows a Harvard researcher exploring a hidden global network of entheogen producers, working to shift humanity to a new level of evolution. The short reading from the book by Pickard that was played was electrifying, a shamanic flight overview of the globe, ranging from tribes in African deserts to a child being beaten to death in the US midwest. Beauty and evil, held and transfigured by a massively expanded mind — a book to watch out for.

On Sunday I spent a bit of time with what was the highlight of the various psychedelic artworks on display. Kira Zhi‘s ‘Symbiosis’ (see header image above) is a kind of tunnel, open at either end for two people to face each other, threaded from either end with spirals of colourfully lit tubing which respond to sensors placed on the people’s midriffs. For me this experience of seeing something in the world respond in synchrony with your breathing is primally psychedelic. Two of the key moments in my first acid trip involved this: once feeling and seeing a tree breathe as I placed my hands on it and breathed, and then later on when I stood atop a slide in a children’s playground, breathing deeply and seeing the woodchip flooring rise and fall in time in canyon-scale ripples. Traces of this memory merged with the warm-but-ominous throbbing ambient sounds, and the pink/violet lights, which for me evoked that marvellous moment in Contact when Jodie Foster is conducted into the alien structure to be fired down a wormhole. Only here, the birth-like turbulence of the wormhole is absent. The gentle pulsing spiral places you immediately back in an gentle, iridescent womb. Secluded in the venue’s most distant stairwell, this installation created a welcome pool of calmness to offset the conference’s hectic flow.

Through the rest of the day I caught a scatter of excellent talks. Mike Jay gave a lucid and entertaining account of the transition between the first encounters with peyote, being used by Native American tribes, and its ‘scientization’ when mescaline was isolated as its active component. I’d missed Friday’s panel on diversity, but Giulio Sica‘s talk on politics and psychedelics worked well as a reminder of the crucial relevance of psychedelics to issues of identity, and the importance of keeping psychedelic culture open to all.

The afternoon quickly segued into the evening, and a glorious sunset boat ride to London Bridge for the afterparty. This was a jam-packed, near-sauna affair of rampant oil projectors and eclectic psychedelic music. Great fun which sadly wound up quite early. However, as befits anything psychedelic, the best bit simply arose spontaneously. A small group of us were offered, by writer-performer John ‘Crow’ Constable, an impromptu magical history tour around the local area. Formerly ‘The Liberty of the Clink’, where brothels and theatres were allowed for men from the City to the north of the river to visit, this medieval level of Southwark’s weird past is overlaid with its more recent role as a hub for rave culture’s origins — some veterans of which were with our little tour group. 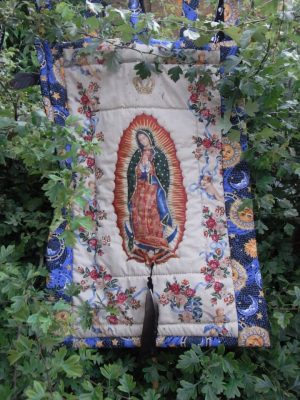 So old and new underground history mixed and mingled as we drifted along the backstreets, ending up at Crossbones, the site of a pauper’s graveyard which was jointly discovered in the late ’90s by the builders of the Jubilee line extension and by John’s high-dose lysergic adventures. Preserved against the odds as a garden of remembrance for the outcast dead, our late-night vigil there was genuinely magical icing on a feast of a conference cake.

I’ve not been to anywhere near enough conferences to speak with objectivity, yet it feels true for me to say: this is the best conference on the planet. If you can, make sure you join us at Breaking Convention 2019.