The Romanian historian of religion Mircea Eliade has had a tremendous influence on contemporary conceptions of ancient cosmologies. One of the most important aspects of his take on archaic religion was his insistence on a sharp division between the sacred and the profane (or ‘Heaven and Earth’), and the corresponding necessity of a bridge between these realms. Only traffic across this bridge — in the form of visionary experiences — can bestow meaning and purpose upon the profane world of terrestrial life. Imaginally, this bridge took the form of an axis mundi, a central axial bond upon which the whole cosmos turned. This centre which connects us to the heavenly realm is periodically attained in ritualised experiences. Frequently it’s memorialised architecturally — especially, of course, in temples and other sacred monuments. 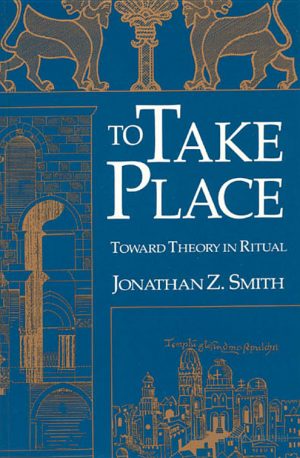 I’ve detailed elsewhere how historian of religion Jonathan Z. Smith and others have exposed the problems — and outright scholarly errors — in Eliade’s attempt to root the importance of this axis mundi in the archaic world of the hunter-gatherer. This error, in which dubious ethnographic accounts of Australian Aborigines were moulded to fit Eliade’s cosmic model, is just one exhibit in a generally damning case against the traditionalist urge to portray the concentric, stratified vision as a universal and elemental part of ancient human cosmology. For the most part, the polar cosmos in which the axis mundi is an all-important connection between vertical strata is an artefact of the world of the farmer and the city-dweller. That’s to say, societies where inequality has taken root: where a leader caps a pyramidal hierarchy, and where such power imbalances are justified and perpetuated by appeals to their supposed ‘naturalness’. Mythic and imaginal emphasis on the apparently axial, stratified structure of the cosmos is a prime example of these appeals in ancient cultures.

But Smith also takes Eliade to task within the agricultural and civilised domains — the domains where the axis mundi does seem to play a major mythical role. Eliade’s work, especially his insistence on the importance of ‘the Centre’ and the cosmic axis, owed much to the ‘Pan-Babylonian’ school of thought which flourished briefly in the early twentieth century.1 Beyond seeing Biblical stories as being rooted in Babylonian myth, this school of thought extended such comparisons much wider, seeing Babylonian and Sumerian cultures as the source of a great number of mythic and religious motifs, which were seen as diffusing across the world through time. Eliade didn’t place as much emphasis on diffusion, since he (wrongly) believed that notions such as the axis mundi were primal in human culture, formed by our very deepest roots. But his ideas about the Centre were certainly moulded by Babylonian evidence. Leaving aside the mistake of projecting these ideas into older realms where they don’t belong, was Eliade’s emphasis on the central axis justified in the civilised Mesopotamian realm?

At the heart of ideas about the Centre and the axis mundi in Mesopotamia culture is the ziggurat. This is a many-levelled pyramidal building which — from the early Sumerian through to the later Akkadian and Babylonian empires — was deemed to house a city-state’s patron deity.

On special days, the city’s high priest (who was also the ruler) would ascend to the sanctuary at the summit to commune with the god. It was here that the sexual rites known as hieros gamos (‘sacred marriage’) were thought to take place.

As for the assimilation of temples to cosmic mountains and their function as links between earth and heaven, the names given to Babylonian sanctuaries themselves bear witness; they are called ‘Mountain of the House,’ ‘House of the Mountain of all Lands,’ ‘Mountain of Storms,’ ‘Link between Heaven and Earth,’ and the like. The ziggurat was literally a cosmic mountain; the seven stories represented the seven planetary heavens; by ascending them, the priest reached the summit of the universe.3

We might add that the seven stories may equally have been associated with the seven stars of the circumpolar Plough asterism – known in Sumeria as MAR.GID.DA, ‘the Great Wagon’, and in Babylon as amaxa, ‘chariot’.4 Babylon’s patron deity was Marduk, who superseded an important early Mesopotamian god, Enlil. And Enlil, who tore his entwined parents An (the sky father) and Ki (the earth mother) apart, was seen as being seated at the north celestial pole.5 Thus, Marduk’s sanctuary at the summit of the ziggurat in Babylon seems to fit with the idea of the pyramid as a microcosm, an image of the cosmic mountain with the polar high god at its summit and the orbits of the seven stars (or planets) girding its sides. 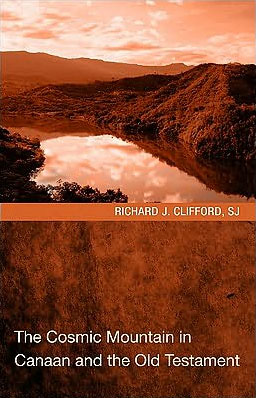 This all seems very persuasive, and very fitting for Eliade’s model. However, Jonathan Z. Smith summons against Eliade’s argument an obscure but solidly-researched doctoral dissertation: R.J. Clifford’s The Cosmic Mountain in Canaan and the Old Testament (1972). Smith quotes Clifford to devastating effect:

Unfortunately, the term ‘cosmic mountain,’ as it has been used in the study of Ancient Near Eastern religion, has been based in large measure on an assumed Mesopotamian Weltberg. … The Weltberg, as it has been understood by an earlier generation of scholars, does not exist.6

This Weltberg is the German for ‘cosmic mountain’, and had become standard terminology among some scholars of Mesopotamia during the late nineteenth and early twentieth centuries. However, Clifford notes that ‘mountains were simply not central to the experience of the Mesopotamians. As was the case in Egypt, the mountain was at the border of the country, foreign, the source of enemy invasions.’7 Smith takes this dismissal and runs with it:

The effect of this reevaluation cannot be minimized. If there is no evidence in ancient Near Eastern materials for a central cosmic mountain that served as an axis mundi, there can be no assimilation of such a mountain to the temple, as Eliade’s pattern requires. This calls into question the notion of the temple as the ‘Center’ of the cosmos.8

But when I came to read Clifford for myself, I began to wonder if Smith had run too fast, too soon. His debunking of Eliade’s ‘Aboriginal axis’ played a large part in completely re-orientating my research. But even a cursory reading of Clifford seemed to raise serious doubts about his debunking of the ziggurat as a Weltberg.

The key phrase in the above quote from Clifford is: ‘as it has been understood by an earlier generation of scholars’. He clarifies:

The European scholars who first undertook the difficult task of translating and interpreting Akkadian and Sumerian assumed the mountain in Mesopotamia was a place of grandeur and the scene of religious experience, as it was among the West Semites and other peoples.9

In other words, these scholars came from Judeo-Christian cultures, steeped in myths that gestated in often mountainous regions — think of ‘the thunderings and the lightnings, and the noise of the trumpet and the mountain smoking’ that everyone saw as Moses came down from Sinai, or the praises uttered in Psalms: ‘Beautiful in situation, the joy of the whole earth is Mount Zion; on the sides of the north, the city of the great King.’ As these scholars encountered images of religious awe and cosmic centrality in Mesopotamia, fragments were over-emphasized, and translations were skewed as the Biblical importance of mountains was projected east, onto the alluvial plains of the Tigris-Euphrates valley. Unwittingly, as these scholars sought to ground Biblical myth in Babylonia, they were actually doing the opposite — and misunderstanding Babylonia in the process.

In the end, Clifford’s focus — as is clear from his title — is Biblical imagery, rooted in the land of Canaan. But even though he doesn’t spend much time on the issue of the Weltberg in Mesopotamia, he doesn’t simply dismiss it in its entirety. In fact he is actually quite sympathetic to Eliade and his ‘phenomenological’ school of thought, which prioritises the images and experiences in religion and draws sweeping comparisons on this basis. Clifford writes:

His qualifying point, apparently taken violently out of context by Smith, is that the image of the mountain probably held little importance in Mesopotamia. But this says nothing about the importance of other central, axial cosmic imagery and ideology. The distinction is subtle, but Clifford’s conclusion on this issue is not:

In summary, many modern scholars seem disinclined to use the concept of the Weltberg to describe Mesopotamian speculation about the cosmic center. Nonetheless, there is a cosmic center, where heaven and earth are united. The cosmic center appears in some texts to be commemorated by a shrine or temple. This can be verified for Nippur and Babylon.11

Eliade’s ‘notion of the temple as the “Center” of the cosmos’ appears vindicated, and Smith’s debunking appears to be in dire need of correction. The ‘psychic unity of mankind’ asserted by scholars of comparative religion such as Eliade is indeed dubious, as any serious investigation of hunter-gatherer cosmologies attests. However, Eliade’s fixation on images of cosmic centrality and verticality can perhaps be taken as a late instance of the sway that the polar cosmos held over many agricultural societies subjected to hierarchical power. As someone bewitched by the glamours of this socio-cosmic current, Eliade is in many respects a good guide to it — when he doesn’t allow its boundaries to leak.